Nuke this. Nuke that. Nuke everything.

For this occasion, the Path of the Inquisitor is the quest collection that grants the Bearing of the King Restored set, with a purple style up for the grabs for those who complete the path with 40 stars. If you like to play with nukers, this set of quests will appease you.

It seems that the new Zeus model is paying off for Valve and the artists involved. Let’s get into what you need to have it.

Pretty much straight. For this you must be aware that Bounty Runes spawn at 00:00 and then every even minute (2:00). You can always go for the Bounty Runes at the enemy side, but remember to see first it there are no heroes missing in both close lanes, or you can give away a free kill.

Successfully scan enemies 1 / 2 / 3 times while they are outside of their fountain.

Directly from the Fall 2016 Battle Pass:

Simple as that. It’s a good idea to scan an area where you have no vision, or to check where they after a long absence. Here are my recommendation to not get an scan wasted:

Remember, this shit doesn’t work on Roshan Pit, but is always the norm to leave a hero outside the pit to grant vision or break smoke. So, using scan outside may give a hint.

MY TIME IS PRECIOUS

For this is recommended to get heroes who excel at pushing early and have a power spike at early or mid game. That means no hard carry, like Medusa, Anti-Mage or Phantom Assassin, for example, unless you rush good 1-vs-Tower items.

You should focus on heroes who can destroy towers early, at least with some help of your team to clear the creep wave, and on those who can aid on that: Lycan, Drow Ranger, Nature’s Prophet, Beastmaster, Chen, Dark Seer (a good Ion Shell kills the creep wave), Death Prophet, Sven, Leshrac, Pugna, are my favorites solo or with one or two heroes at your side.

Straight from Hold That Thought:

Prepare your favorite stunner, because this will depend on the lineup. Along with that, let me remember you that Teleport Scroll is a channeled spell, so interrupting that should count. Silence doesn’t work on TP, but it will on Heroes’ spells.

My personal recommendation is Earthshaker. Along with nice items, like Aether Lens and Aghanim’s Scepter, you should be an unstoppable force ready to stun everything from afar. You can also take into account heroes with stun, hex or silence paired with Blink Dagger and/or Force Staff.

Even if it out of the meta for quite a while, Clockwerk is a good stunner from very far, and once he gets his Aghanim’s Scepter it becomes very, very dangerous. Elder Titan also counts, but you may have problems with the sleeps as a lot of people doesn’t know that any damage instance will wake them up. Earth Spirit is a good pick if you know how to play him.

This quest screams for heroes where Blink Dagger is a core item. Usually good disablers like Sand King, Lion, Enigma, Earth Shaker, Slardar, Tidehunter, or Legion Commander, can be good choices as long as the victim dies after using it. Other choices are Ogre Magi, Shadow Shaman, Centaur Warruner, and Wraith King, among others.

You could go with Blink Dagger for Ember Spirit (in vogue now), as with Faceless Void or Zeus. This depends on how the match goes, basically, so there is no “hero limit” but rather what your priorities are.

Just remember, on some cases you may have to push Blink Dagger a little steps far in time for other support items.

Reaching level 25 is not that difficult, but here you will need for a Hard-Carry mainly because you are at top priority in farming and experience.

I recommend to farm the lane whenever you can, have an eye for Bounty Runes all across de map, and killsteal if necessary.

If you really, really want this, and you have the awareness and micromanagement skills necessary, pick Meepo, who can get to level 25 in 25 minutes.

AND THIS ONE GOES THERE

This is the same for SPREE POSITIONING, for taking into account Force Staff as core Item. The good news is that Force Staff is part of Hurricane Pike, so it adds more flexibility if you want to make this quest with a Carry Hero.

The quest doesn’t say “or Hurricane Spike”, so if you want to secure this I recommend to stick to Force Staff until someone confirms if the upgrade counts for this.

Rod of Atos is good on Intelligence-based Heroes, but more against enemies who have high movement speed for engaging and escaping.

Whoever you are playing, like Skywrath Mage, Death Prophet, Ancient Apparition or whatever, consider going for Rod of Atos against the likes of Bloodseeker, Razor, Anti-Mage, Lycan, Alchemist, Night Stalker, Weaver and everything that likes to move fast.

Welp, this quest says “use” and not “kill or assist”, but for a support is a costly item that needs to be wisely used.

Veil of Discord has come to some carry Heroes with a lot of force this patch. Ember Spirit and Death Prophet are some, while does who have good nuke-spells like Zeus or Sand King like this.

My recommendation is to wait until the enemy team gets together and hit them, even if it’s not followed up with a spell. The quests says “hit”.

SHOW ME A MAGIC TRICK

Put the Mage in Damage of Path of the Spellbinder says:

Magic Damage? Zeus, again. If not, Timbersaw can be a good choice as his spells vary between Pure Damage and Magical Damage. Invoker does a good chunk of damage between these two. Leshrac is also an option to consider. Necrophos, Pugna, Necrophos, and Jakiro are tier-2 options as they’re not too reliable.

There are a lot of heroes who can ramp up this Quest, but Nukers are recommended.

Guardian Greaves is a costly item but, if your hero likes Mekansm and Arcane Boots, this is the choice. This is usually the last item for heroes with Ultimates with long cooldown, like for example Enigma, Darkseer, and Tidehunter. Welp. Any hero who can build Mekansm or Arcane Boots could go for Guardian Greaves.

The problem is purging debuffs. Considering Guardian Greaves may come late, you will need to actively using it during teamfights.

Special mention to Silencer’s Silence. His ultimate can be dispelled easily with Guardian Greaves, so consider it as a priority if you are facing him.

Destroying trees is very easy when we consider that Timbersaw excels at this task. In second and third place, Nature’s Prophet with his Nature’s Call and Windranger’s Power Shot are good alternatives if you know how to play these heroes.

If you are desperately trying to pump the numbers up, use Chakram on one corner of the map, teleport back to your fountain, and see for yourself.

Forget that art of last-hitting, here your are looking for Heroes who can farm an entire creep wave and jungle with ease. Since the numbers are quite high, only few heroes are up to this task so you end up with less games trying to get 900 last-hits.

Here, the top 5 for last-hitting are Anti-Mage, Luna, Shadow Fiend,Medusa and Naga Siren. As you see, here are listed only Hard Carrys.

NONE OF THAT NOW

There is no contest in this quest. For this you will need to be Anti-Mage with Manta Style, or Phantom Lancer with Diffusal Blade.

NO CHAIN NO GAIN

Casting Arc Lightning to hit 3 or more Heroes is not that difficult, but consider using it on skirmishes mid-game, as you won’t find 3 heroes in the laning stage. The maximum bounces on Level 1 are 5, so you have a lot of ground covered leaving it there until later.

Dealing magic or pure damage depends basically on how you mix your spells and how much mana you have. My recommendation is to go for the usual core items like Arcane Boots, Bloodstone, Eul’s Scepter of Divinity, Aghanim’s Scepter, Scythe of Vyse, Refresher, and Refresher Orb. An occasional Veil of Discord can also work if you feel you are behind. 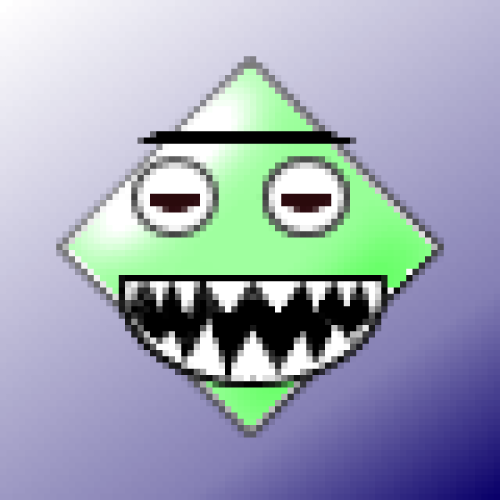